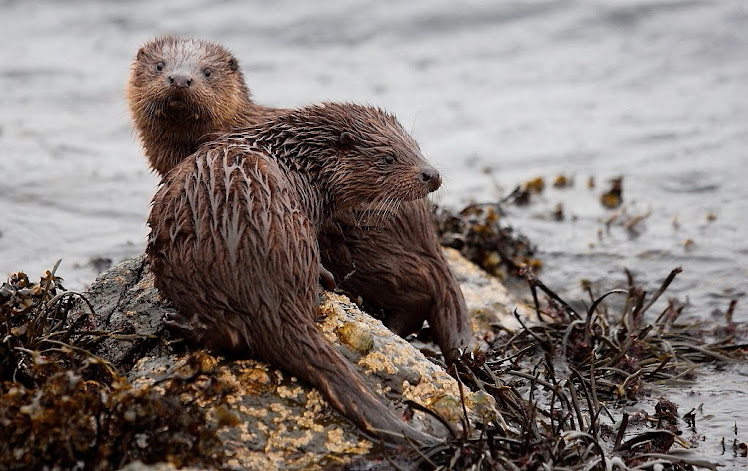 I went for the first time to Parkgate on the Dee Estuary, where the annual high tide could best be observed. A 10.2m High tide was forecast for approx 12.29pm. Equipped with all my camera gear, scope and binoc's, I arrived at 9.30am to a reasonably empty car park. Then, as quick as the tide its self, every man and his dog appeared and in minutes the car park and surrounding areas were full. Lesson number one, get there early.

With my camera and tripod now set up and aimed at the estuary, I scanned the area in front of me with my binoc's and could see all the birds in the distance flying around like a load of mad fools.I couldn't wait for the tide to force the birds towards the shore and flush out any wildlife that was going to be in the tides way.

There were Kestrel flying behind me and in front of me and I managed to get these shot's of a Kestrel as it flew over the estuary. 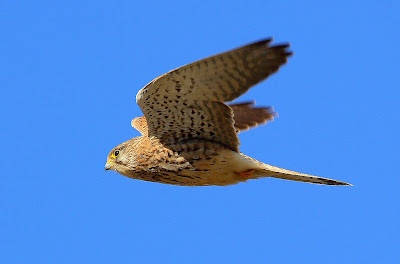 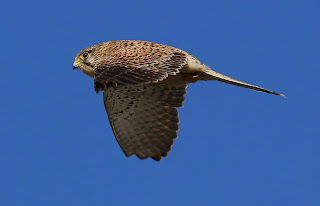 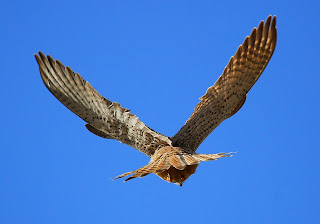 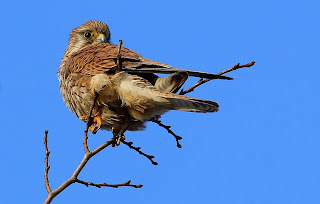 Eventually, you could see the tide getting closer and closer and the birds getting nearer and nearer, getting excited now. 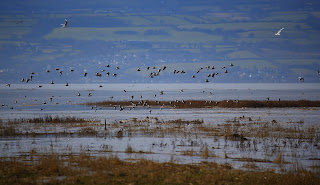 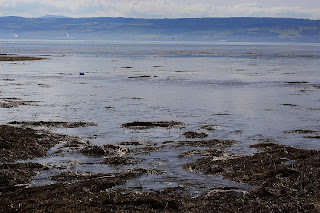 This was something I didn't expect to see. These people sailed by from right to left and I was gob smacked to see them right where I was hoping to see some close up of birds. It was a strange sight at first, as they started to appear before the tide arrived and looked as though they were sailing on long grass and reeds.They soon disappeared into the distance. 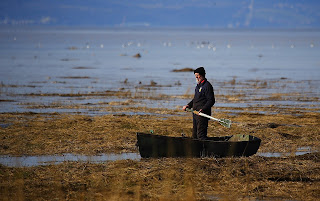 Anyway, the tide finally arrived at the proposed time and settled up against the concrete wall. I watched it slowly getting higher and higher up the side of the concrete wall I was stood on, it then eventually stopped about 2' from the top. It was then that people started shouting, there's one and another. It was the small rodents that were being flushed out by the rising water.This rodent survived it's swim ashore and ran along the concrete wall edge to find some cover.

Small rodent - swim for your life 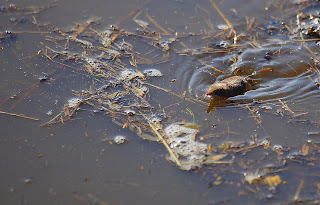 Small rodent - swim for your life 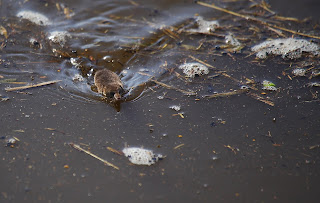 It was great weather all day with very Little wind to moan about. I spent most of the day at parkgate looking through my scope as the birds were just too far away to get any real close ups using my Canon 100-400mm lens.

Later that afternoon, a visit to Inner Marsh Farm was decided upon, my first visit there as well. Again, birds were too far away for any good close ups. However, on the way out I snapped this robin near the feeders. 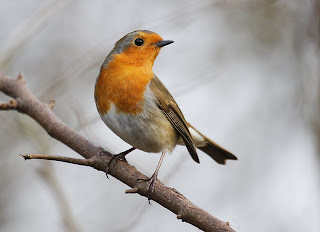 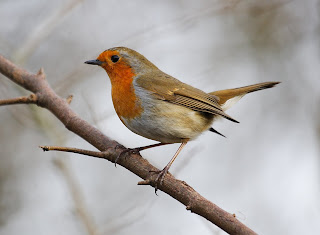 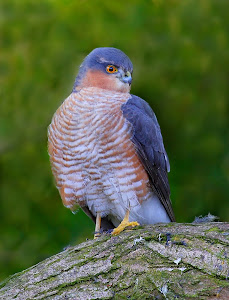